Not only is Tiktaalik an important fossil, the missing link between fish and tetrapods (anything with four legs, including us), but its name is really fun to say (though I might be biased because it sounds a little like my name). It’s also a cute little critter who is fun to draw. Last week, after seeing Tiktaalik’s cameo in the first episode of the new version of Cosmos, this drawing popped into my head. 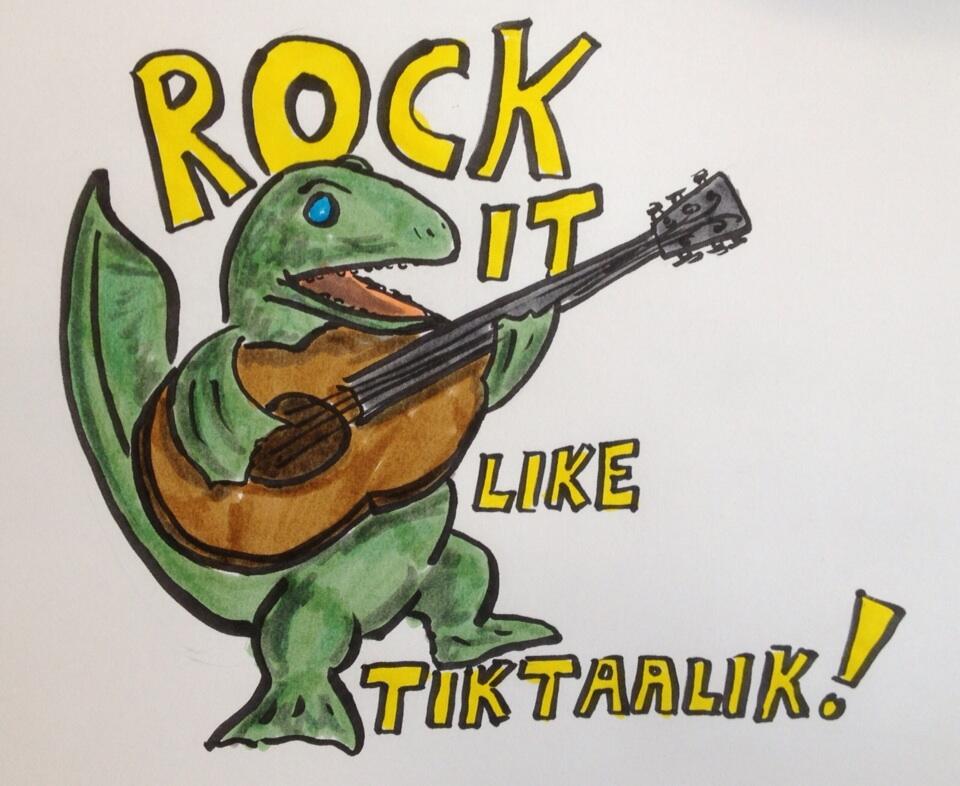 Which lead to this: 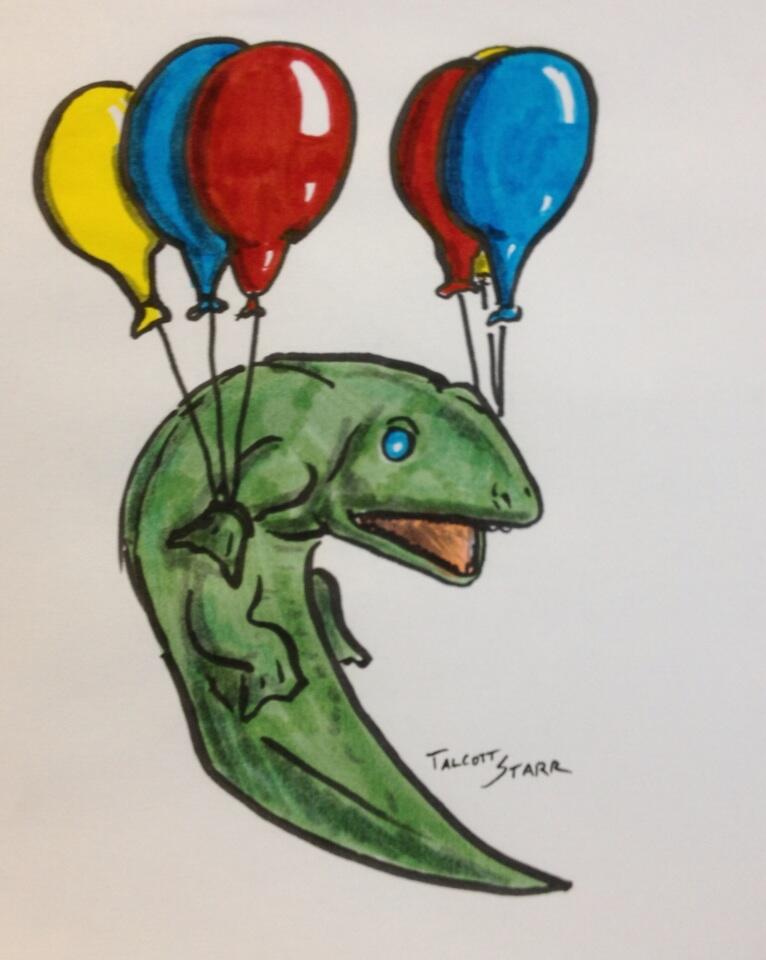 Tiktaalik takes to the sky 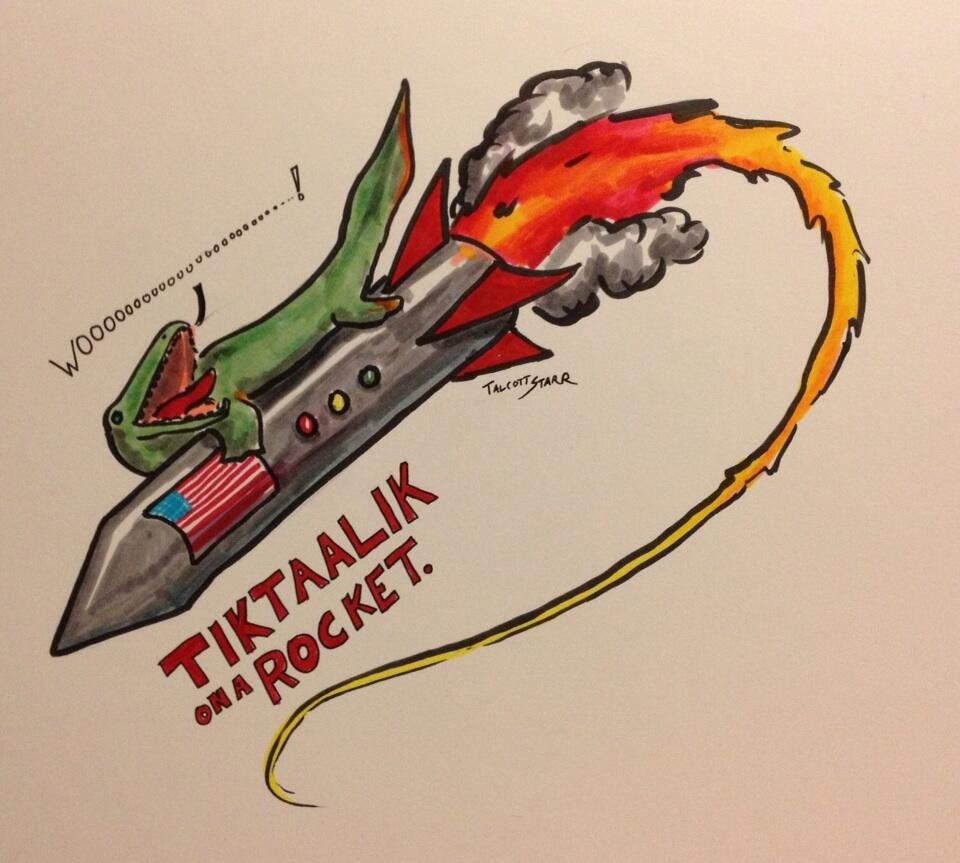 Tiktaalik on a Rocket!

Judging by the doodles in my sketchbook, there are more of these to come.