I spent a good bit of my teenage years as a mad-scientist god, watching over worlds destined to be destroyed once I got bored with them. 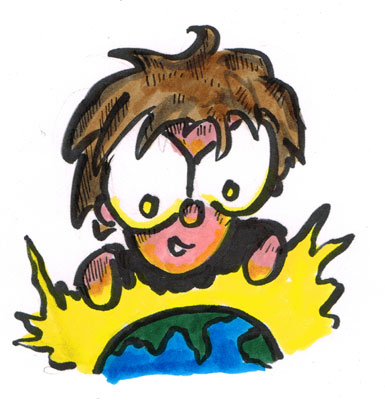 SimEarth was one of my favorite games. At its simplest level, it was an expanded version of SimCity. A micromanagement game that allowed you to control every aspect of a planet from the moment it collected from the dust of the early solar system. But my favorite part was imagining the stories of the people I created. Every type of multicellular creature could be made sapient and start a civilization. This meant that their icon was now represented by that creature carrying a stick (sticks being the standard measurement of intelligence). 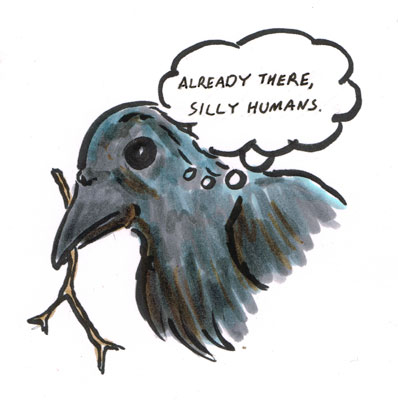 Of course I made vast dinosaur civilizations, and I was always happy to uncover the sapient plants and robots through Easter eggs in the game.

And then there were the trichordates. The game just presented them as long extinct, but their icon made them look something like three-armed starfish. I could picture dinosaur people (most of my life has been spent imagining dinosaur people), I could picture robots and killer plants, but a race of creatures that had actually been gone for hundreds of millions of years, and which I’d never heard of, was hard to resist. 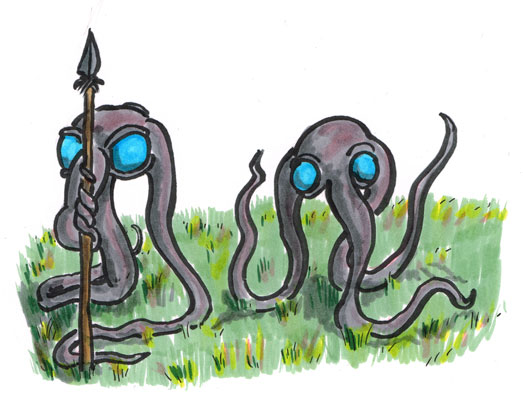 I’d be lying if I claimed that SimEarth taught me much about trichordates. What it did do was sit in the back of my mind like a little time-bomb of curiosity. Years later, as the rise of the internet pushed us firmly into the Information Age SimEarth predicted, I tried to google Trichordates.

While there isn’t much out there (in part because the actual name is Tribrachidium) what we know is fascinating. Instead of three-armed starfish, they looked more like discs, almost like tri-radial trilobites. The Melbourne Museum and Encyclopedia of Life both have some photographs of fossils and reconstructions. I’m struck by how small they are, but of course our own ancestors were once that size. I’m also struck by how profoundly different life on Earth would have been if radial symmetry had dominated. Almost everything on Earth is biradially symmetrical, from insects, to mollusks, to fish, to us. Imagining those three-armed monsters twenty years ago gave me another way to appreciate the interconnectedness of life today. 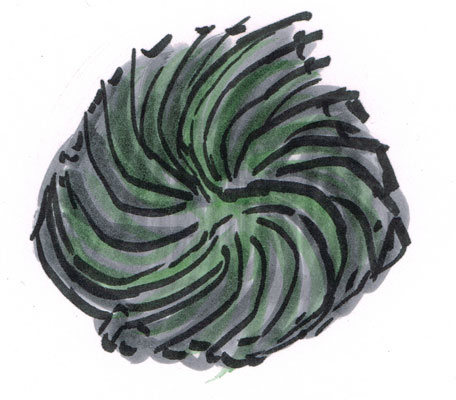 In a way, this is still how I understand the world. When I think hear the world “albedo” I imagine the adjustable sliders in the environmental menu. When I think about “biomes” I think of the squares of plants and sand I would place on my world, hoping they’d catch on (usually they were overtaken by flora more suited for the region’s climate). “Terraforming” brings to mind my often-futile attempts to remake Venus and Mars (the latter wasn’t too hard, but the former was tricky). I don’t know how much I actually learned from SimEarth, beyond the difference between prokaryote and eukaryote, but words and concepts in the game served as hooks for me to hang ideas on when I encountered them again.