When we last left The Doctor, traveling through the Mesozoic Era of the 1970s, he had made a shocking discovery. 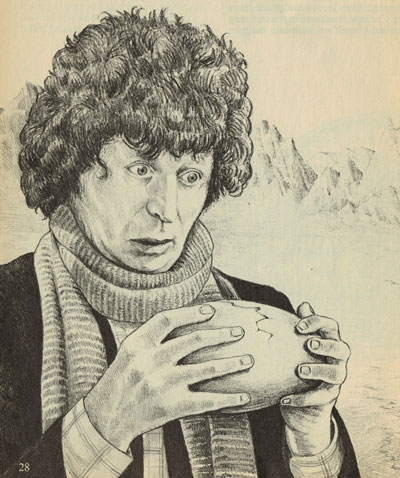 The Doctor has happened upon a Protoceratops nest, and has decided not only to pick up one of the eggs, but watch with horror as it starts to hatch. It’s okay though, because the mother Protoceratops is “not very big for a dinosaur.” I think this does mark the first and only time that I’ve seen an illustration of Protoceratops eggs from the 70s that are not being stalked by a Velociraptor or stolen by an Oviraptor.

Unless The Doctor is actually an Oviraptor!
Now it’s all starting to make sense. 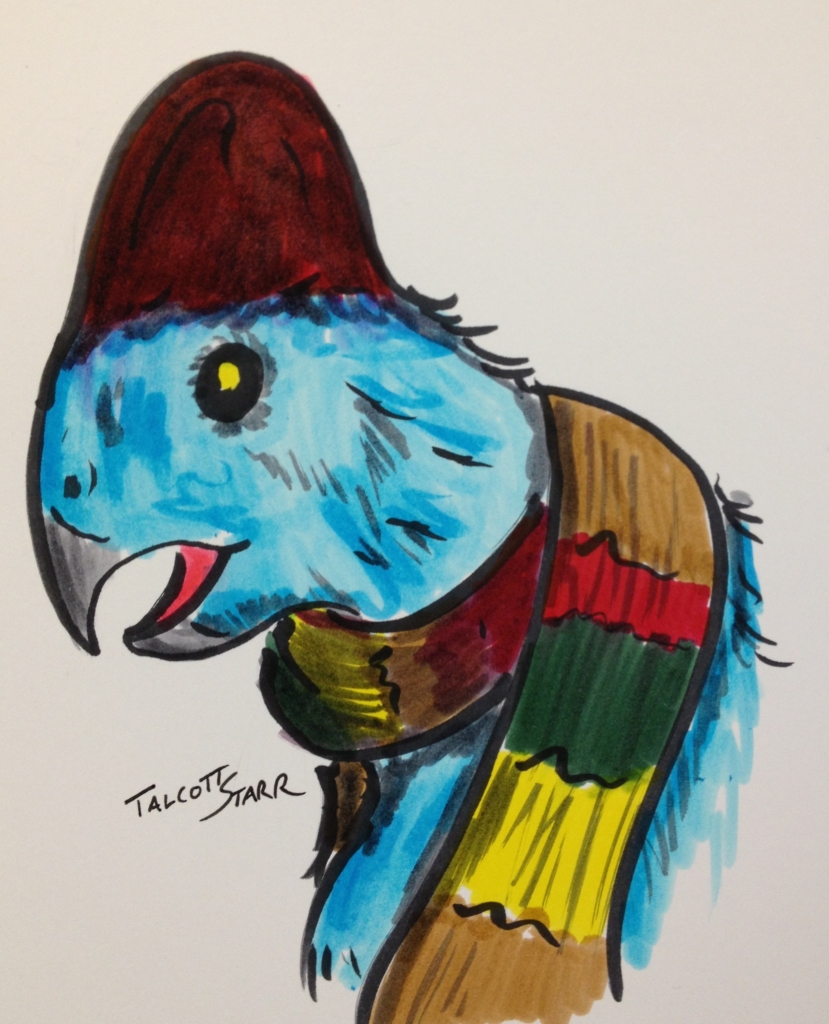 Remember the water-bound Apatosaurus from the beginning of the book? For some reason, the other sauropods are presented in a more modern light. 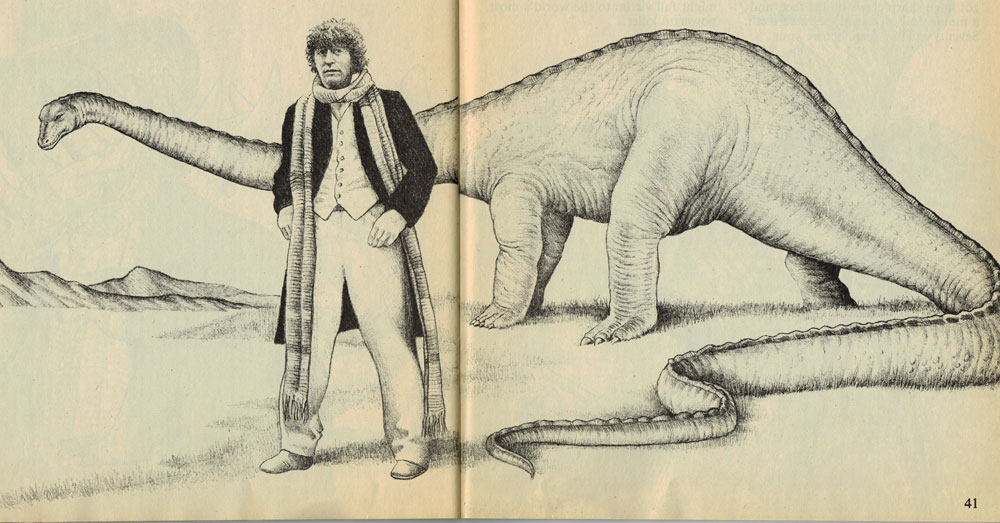 I mean, sure this Diplodocus is a lumbering, tail-dragging, beast, but at least it’s dry. The Doctor refers to it as “one of the new slim-line Dinosaurs.” That’s all well and good, but I’m more concerned about its right leg. Judging by the way the knee is bent, it must be very short and connected to its tail. That can’t be comfortable. 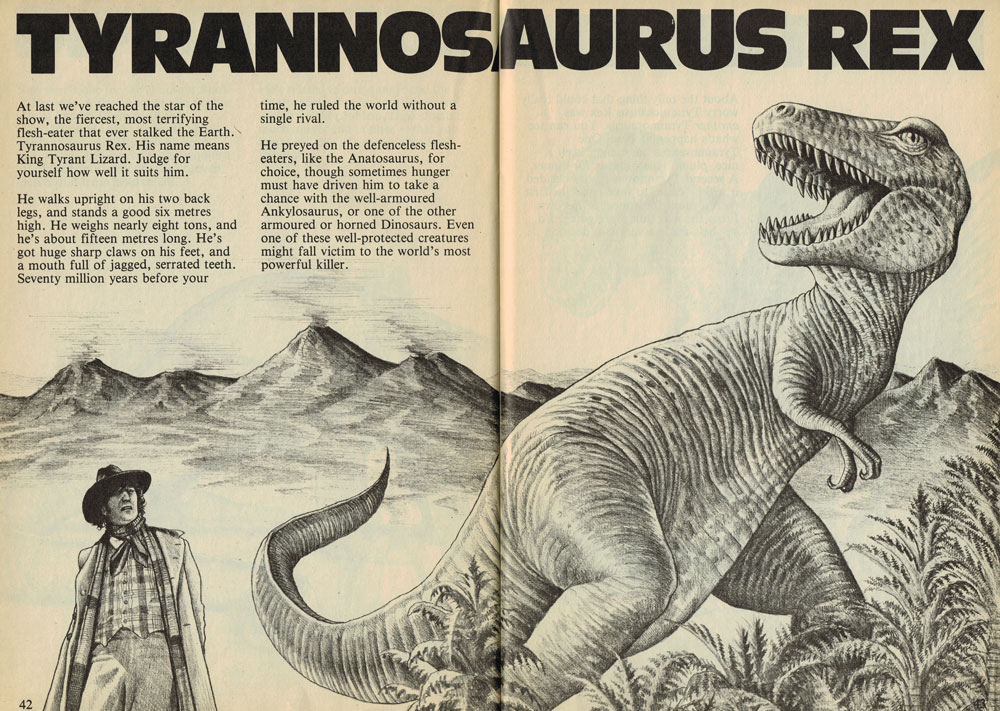 And at long last we encounter our good friend, Tyrannosaurus. We’re still in the man-in-suit era of Tyrannosaurs illustrations, but at least its tail is off the ground. Tyrannosaurus seems pretty happy to be here, strutting and smiling to the reader. The Doctor, on the other hand, is quite disgusted with this whole scene. 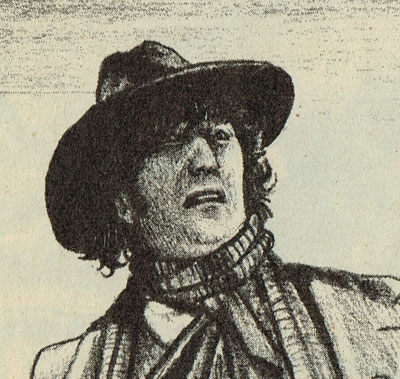 And for some reason, he’s being played by Graham Chapman.
Which just made me consider the fact that Graham Chapman would have made a fantastic Doctor. And since he was already a doctor, he could be Dr. The Doctor. 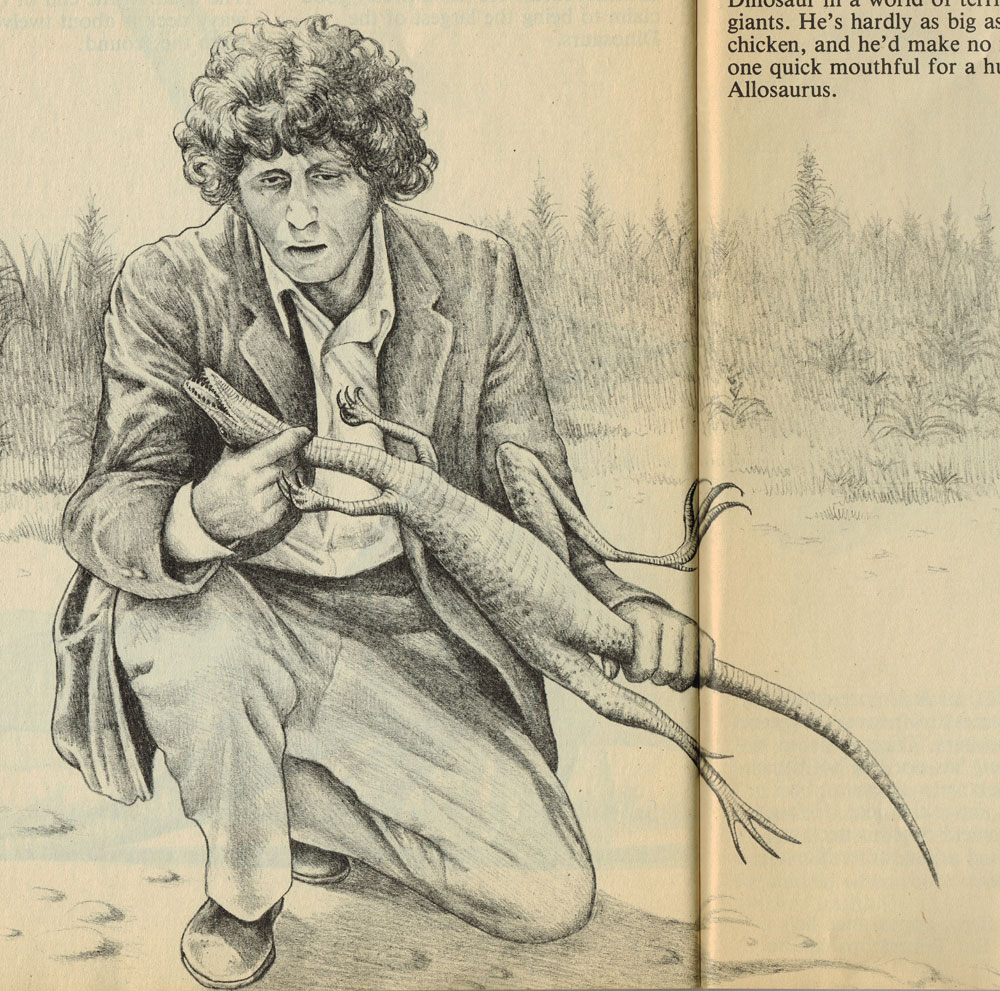 I have no idea what’s going on here. The Doctor is either killing that Compsognathus or attempting to determine its sex. Judging by the look on his face, it’s the former. 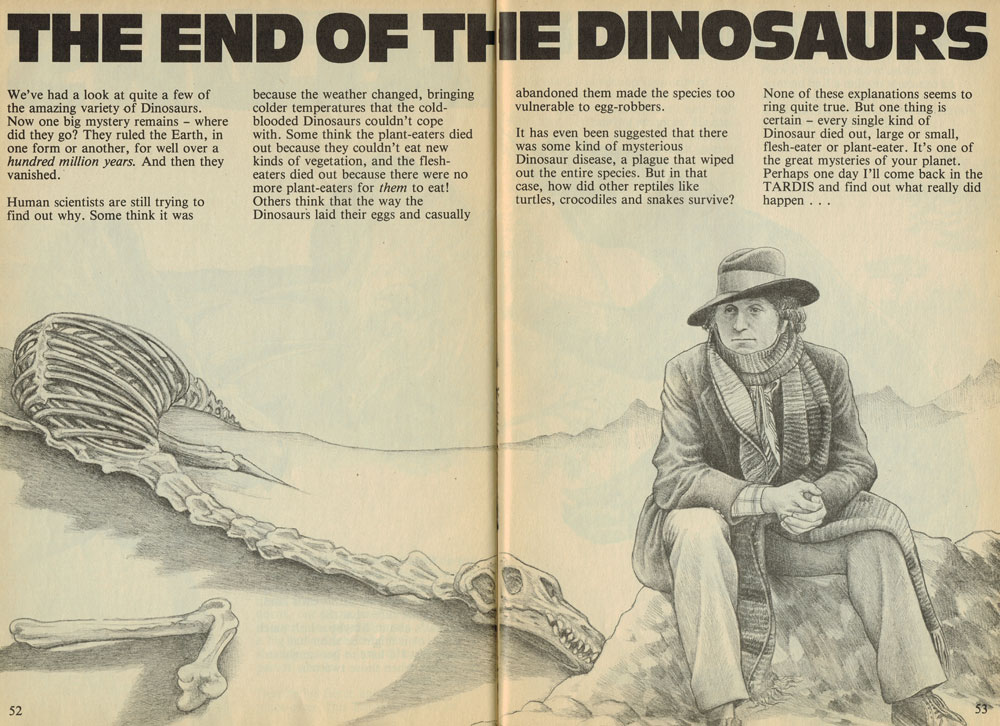 Perched on a rock in the desert, a generic sauropod skeleton behind him, The Doctor contemplates the enormous loss of life at the end of the Cretaceous. Of course, as an alien with a time machine and almost god-like powers, he probably could have prevented it. The Doctor has stopped plenty of extinctions before. Maybe this extinction is a fixed point in time, but the rules about those seem awfully flexible. This books lists a few possible causes for the extinction of [non-avian] dinosaurs (though it’s old enough to not even mention an asteroid), but we all know the truth.

The Doctor let them die!

But I suppose that’s okay, because it gave us mammals a chance to flourish. The book ends with a few pages about the rise of mammals and humans. 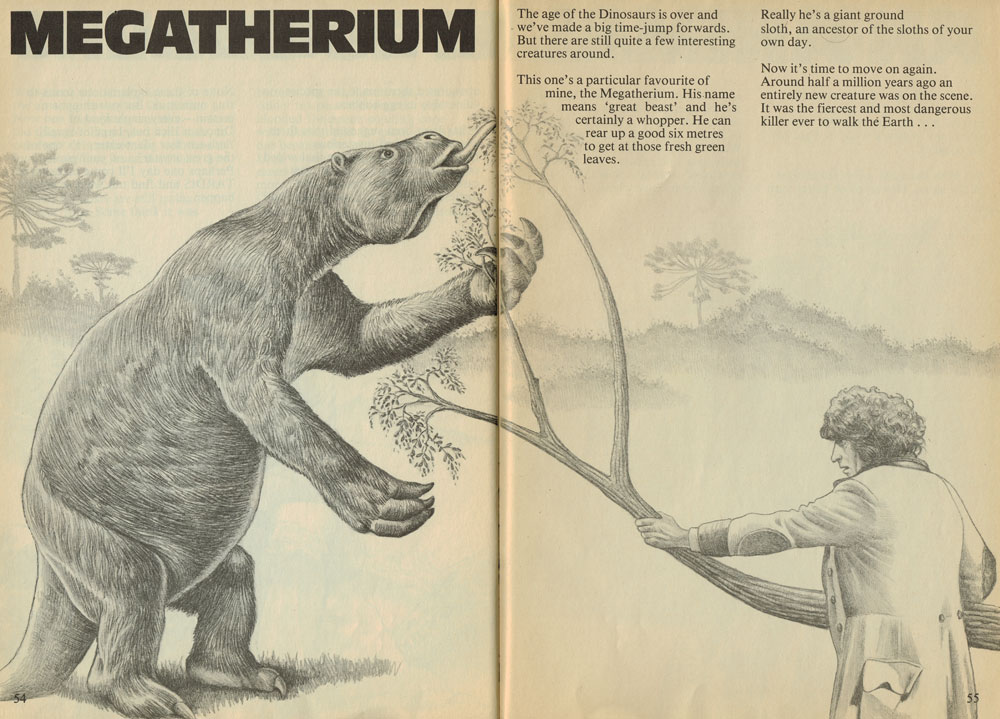 And, yet again, we find The Doctor feeding a tree to a prehistoric animal. This Megatherium looks happily unaware of the threat to come, “the fiercest and most dangerous killer ever to walk the Earth.”