While I’d never make it as a professional chef, I do love to cook. One of the best ways for me to unwind after a long day is to put on “This American Life” or “All Things Considered” and create something. Sometimes that means drawing comics, but when the thing I’m creating is food, it becomes doubly relaxing because I then get to eat the food. And, as we all know, the best food to make and eat is pizza.

Once you have the crust together, making pizza is as simple as you can get. It’s literally as complicated as throwing ingredients onto a plate. A plate made of bread. This is why pre-made crusts are so popular, but I’ve always thought those made your pizza taste like a frozen pizza, and no one wants that.

Fortunately, pizza crust is easy and cheap to make. I’ve seen a lot of recipes that call for a stand mixer, 24 hours to rise, and make dough for three pizzas at once. While those all make for good dough, the method I use is simpler all around. I developed it over the last few years, starting with one of the more complicated methods (I don’t remember which) and adapting it as I went. It’s not fool-proof, but it’s easy to correct any mistakes by adding a pinch of flour or water. 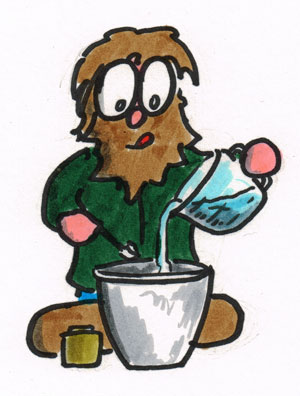 Add 1tsp of sugar and a pinch of salt.

Melt 1tbsp of butter, and stir it in. Also any other spices to taste.

For the yeast, you can just use one of those pre-portioned packets (the amount is not terribly precise), but if you’re going to be baking with any regularity, jars of yeast are much cheaper. For spices I’ll sometimes add a bit of cumin or paprika, but you don’t really need to add anything beyond the salt. 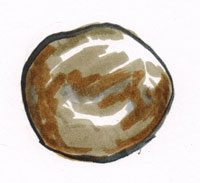 While you’re doing this, place a pizza stone in the oven, set it to 475 degrees Fahrenheit, and begin pre-heating. Pizza stones have gotten pretty cheap and easy to find, and really do make a big difference in the texture of the crust. Just be careful to preheat it along with the oven. Otherwise they can (and do) crack in half when they heat up too quickly.

Once the five minutes are up, and the yeast are awake and bubbling. stir in one cup of flour and knead the dough in your hands for five minutes. Place it in plastic wrap (or a plastic sandwich bag, tightly rolled) for at least 20 minutes. For extra credit, place the ball of dough on top of your preheating oven, which will help it rise faster. 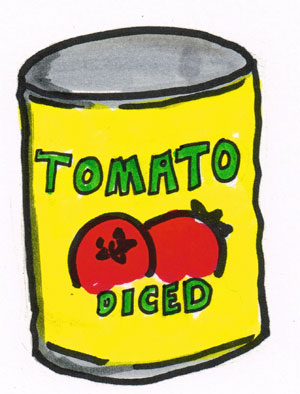 While that’s going on, you can make the sauce or prepare the toppings. When I make a traditional pizza, my sauce is just a can of tomatoes, simmered with garlic, basil, and oregano. It takes about as long as the oven does to preheat, costs less than a jar of pre-made pizza sauce, and tastes much better. If you buy some pre-minced garlic, the only extra work is opening a jar and shaking some spices in.

And if you don’t want tomato sauce, you can skip this step or work on some other sauce at this point.

One of the nice things about making pizza this way is the fact that so much of the baking and preparation can happen simultaneously. The sauce simmers while the dough rises and the oven preheats. Once one is done, the others are too. 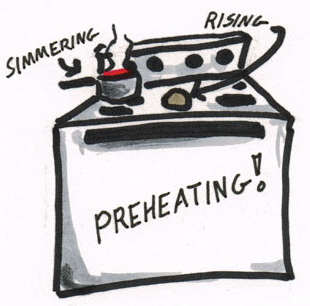 Finally, once the oven is ready, lay out a sheet of parchment paper, and roll the dough into a 12”-14” circle. Don’t worry if it isn’t perfectly round. You can write-off any imperfections by calling it artisanal.

After it’s been rolled out, I like to fold the edges over to make an outer crust. This helps keep the sauce from rolling over the sides. You can also poke holes in the flat part of the crust with a fork. That prevents it from rising in the oven, and adds some more definition. After that, I like to let the crust cook on its own for three minutes before adding sauce and toppings.

From there, you just need to add some toppings and bake it for however long it needs. That usually depends on your oven and the toppings, but I usually find 16 minutes is a good starting place. I’d also recommend letting it rest for a few minutes after you take it out of the oven, but I do understand that fresh pizza can be a bit hard to resist. 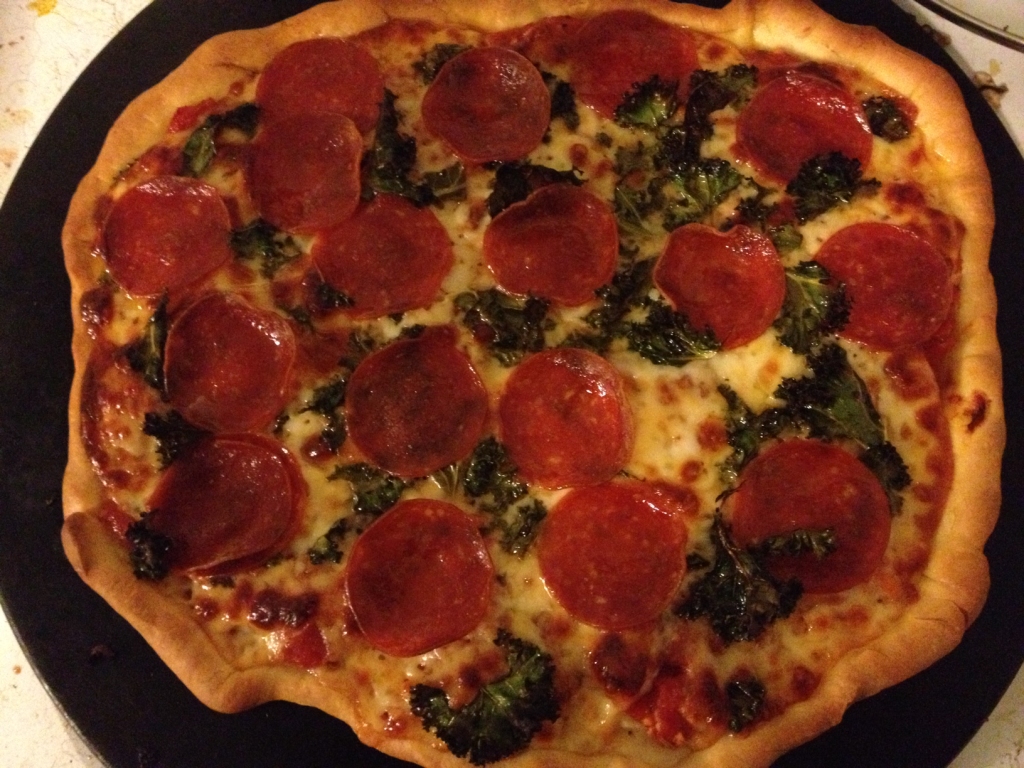 Peperoni and kale is an underrated combination.