It looks like it’s been a while since I posted here, but that doesn’t mean that I haven’t been busy. While I haven’t been updating this site as much as I’d like to, I have been posting plenty of art over on Twitter.

Here are some of my recent favorites:

As someone who is a big fan of both feathered and ornithischian dinosaurs, the discovery of Kulindadromeus, a fuzzy little basal neornithischian, has been my favorite dinosaur story of the year. Of course I was going to draw one (many) of them. 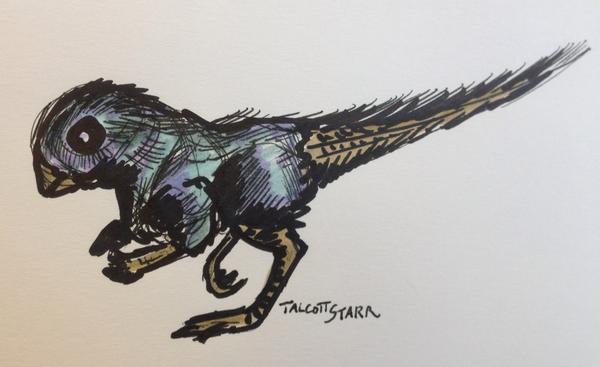 That also gave me more justification to draw Iguanodon covered in feathers. That’s a good bit more speculative, especially since most mammals that size aren’t particularly furry, and we know that Iguanodon had some scales at least, but Kulindadromeus opens the door to at least the possibility of a fuzzy Iguanodon. So here’s an Iguanodon with Kulindadromeus-inspired integument. 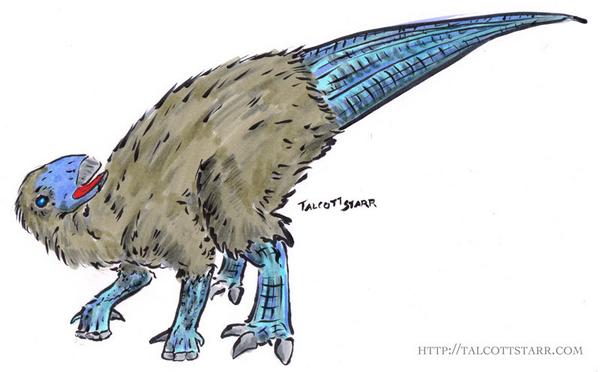 Now that I think about it, I’m pretty sure every Iguanodon I’ve drawn recently has been covered in shaggy feathers. That includes this Octopus and Iguanodon sketch I drew for Valerie. 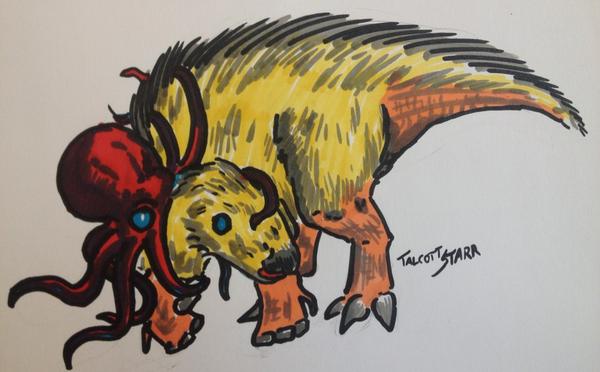 Of course, one cannot live on ornithischians alone.

For example, here is a Velociraptor in space. I’m sure that must have happened at some point, right? The Maniraptor Space Agency was well known for their advanced exploration of Mars. 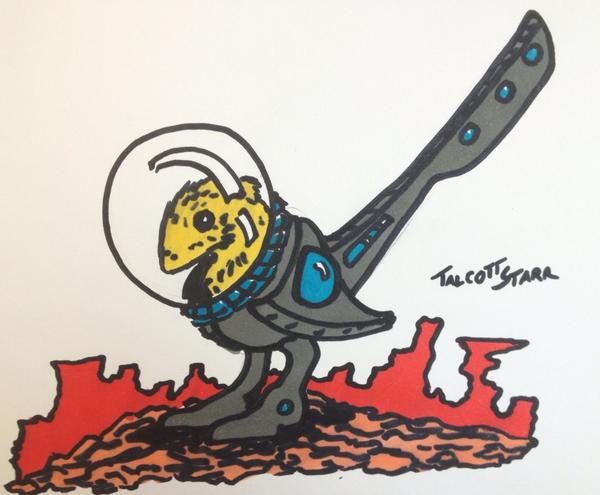 And finally, just in case none of the above images were nerdy enough for you, I present you with what might be the dorkiest title I’ve ever come up with… 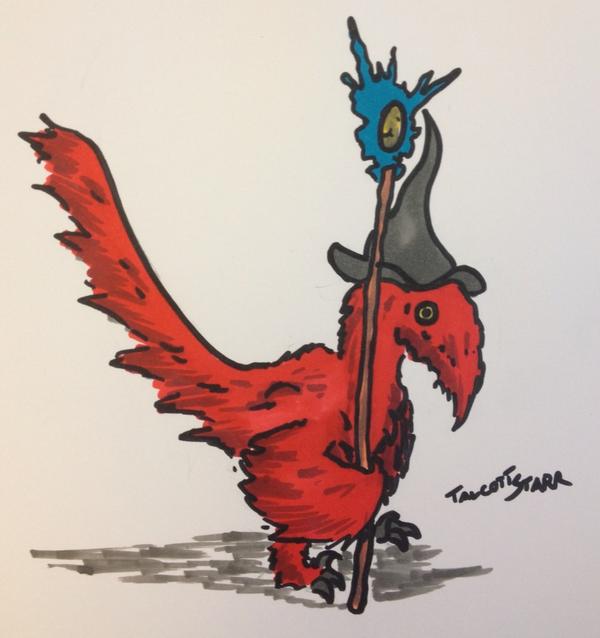